All is revealed in the nakedness of the dancer.

A dancer stands naked in the blue-cold center of a flame, on a single candle upon a green clothed table, in front of a bearded old man sitting with hands clasped—looking with eyes of adoration.

An empty restaurant in an empty street, but for the old man, stands in a country like any other country.

Alone, a world floats in the infinite emptiness of space, following her own orbit—which is no orbit but a slow falling into the center of a burning star; a star where millions of atoms are being forged.

In the center of the star, the cold plasma will one day explode and disperse itself, impregnating planets across the galaxy.

Here is the galaxy that swirls and sings and revolves, around and around, like the skirt of a Sufi dancer across an empty cold universe. 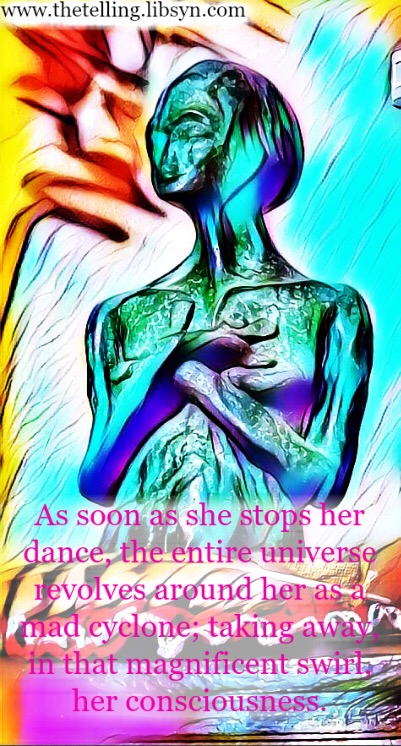 I am a path coach and breakthrough specialist, behaviorally helping people overcome their barriers. View all posts by Viento de Octubre